Diatomaceous earth (also know as diatomite), is composed from the fossilized remains 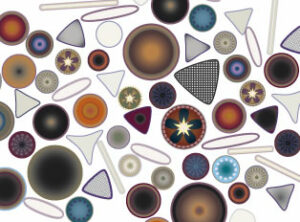 of microscopic, aquatic organisms that are called diatoms. Diatoms are a type of hard shelled algae, whose skeleton is made up of silica. They are over 30 million years old. Over time, they fossilized in the sediment of fresh water rivers, streams, and lakes. Now they are mined from these areas, to give us a silica rich powder – called Diatomaceous Earth.

These days, it is commonly used in water filtering, food manufacturing, skin products, gardening and farming. To use it for human consumption, Food Grade Diatomaceous Earth must be used. It looks like a fine white powder, which may vary in shade due to the area it comes from. 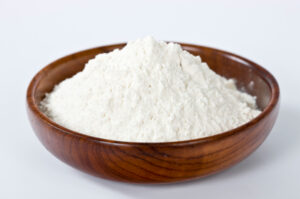 It is composed of silica, magnesium, calcium, sodium, and many other trace minerals such as boron, manganese and copper.

There are many health benefits from using Diatomaceous Earth (DE) regularly. Some of these are:
Contains Silica – It is very rich in silica (approx 85%). This is a trace mineral that is necessary for healthy bones, teeth, skin, hair and nails. It is also essential for tendons, cartilage, and blood vessels, as stated in this study. Taking it regularly may increase hair growth, strengthen brittle nails and encourage smoother skin.
Nourishes Hair, Nails, Teeth and Bones – As stated above, the silica in DE aids in nourishing hair, skin, teeth and bones. This study shows that women supplementing with a bioavailable form of silicon, had an increase in the strength and thickness of their hair. The silica in DE is less bioavailable, so slightly more may need to be consumed. It is also vital for bone formation and health, as this study has shown.
Internal Cleanser – DE is astonishingly hard – it is on a hardness scale of 8, whereas diamonds are a 10 on the same scale. This gives it a very abrasive quality, which may help to support colon health. Many users report regular bowel movements, and an increase in energy after taking DE for a while. 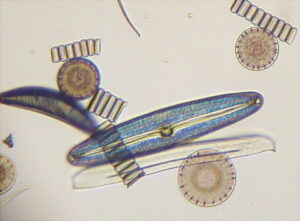 Helps to get rid of Parasites – Due to its abrasiveness, negative charge and cylindrical shape, DE is useful for eliminating internal parasites. It does this by attracting and slicing them, ready for removal by the body. This study on hens, shows that DE may be an effective treatment to help control parasites.
May regulate Cholesterol – This study has shown that that DE may have the potential of reducing blood cholesterol, and positively influencing lipid metabolism in humans.

Start slowly with a quarter or half a teaspoon of DE, and increase gradually every week. Add the DE to a full glass of water (8oz), mix and drink immediately. It can be taken once or twice a day, on an empty stomach at least 30 mins before food or two hours after eating. Many users have also taken it with or near to food without any problems. The dosage can be gently increased upto 1 tablespoon, over several weeks. Make sure that enough water is consumed while taking DE, as it may be constipating to some users.
There may be some mild side effects that may develop in some users.This can be mild headaches, constipation, fatigue and flu-like symptoms, which should decline within a couple weeks.